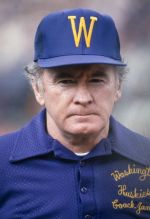 I glean two lessons here. 1) leadership is not a one size fits all enterprise, and 2) leadership is more about the system than the person. Two highly successful coaches, two very different types of leadership but both systems were successful. My conclusion: great leaders develop great systems.