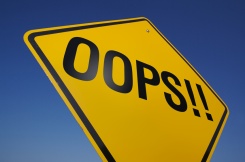 May I please have your attention? Leadership is a system it is not a person!

Living in the shadow of Microsoft world HQ I have many friends who work with Microsoft. Without exception, everyone repeats the same thing: the culture is toxic. It is impossible to work collaboratively because the rules of engagement are such that one can only advance on the back of co-workers or by heroic effort which means 80-100 hour work weeks. Those who genuinely want to work for organizational mission, who want to produce outstanding products and services that are truly innovative (and have a life outside Microsoft) – cannot. I am even hearing reports, that experience with Microsoft, once a ticket to the C-Suite, is now considered a negative work experience. Employers are concerned they may inherent the toxic culture.
I recently read Kurt Eichenwald article titled Microsoft’s Lost Decade (Vanity Fair, July 24, 2012). In it he blames the toxic culture on the practice of stack ranking employees. For example, a manager with 10 employees has to rank each one in a performance order of 1-10. This means that two will get a great review, two will get ranked with deficient performance and six will get average reviews. Therefore, to consistently get a great review, one must make sure his team mates score poorly. His conclusion is that Microsoft could hire Steve Jobs, Mark Zuckerberg, Larry Page, Larry Ellison and Jeff Bezos and one of them would rank as a disaster.
Therefore, Microsoft could hire the best leaders and creative thinkers on the planet but the system of leadership would prohibit them from leading effectively. Each may bring tremendous value to the company but only the one who can sabotage his colleagues would be considered successful. Conclusion: the leadership system will always trump the individual leader.
In 2013 Microsoft announced the practice of stack ranking was being abandoned. Let’s see how long it takes to change the underlying culture.